A Day’s Messing is a silent comedy shot on Super 8mm film in the style of Buster Keaton, George Melies and Charlie Chaplin. It follows a NYC bike messenger as he is derailed from delivering an urgent package by an alluring female cyclist. As he searches for her again on the streets of NYC, he falls into a rabbit hole of time, space and absurdity, until serendipity surprises them both. Written, directed by and starring a clown and mime, this film re-imagines the spirit and technique of classic slapstick and vaudevillian physical comedy for a contemporary audience. 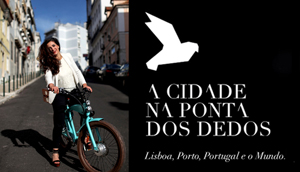 A world of bicycle accessories from around The Republic. Practical, stylish and functional. Just the way we like it. A wide range of cool, stylish, Danish/Nordic/Dutch products available to Citizen Cyclists around the world.